As I write, my dear spouse is in our garage with 3 young men, new to recovery, who hired on to help with the final push to close out the storage locker he's been in for years.  It has been a process of letting go, both materially and spiritually, and a statement of trust - in our 5 year marriage, our commitment to downsizing, our desire to lighten our load.

Recovery has been like that - commitment, trust and letting go. First up was the commitment to abstinence, to doing whatever it took to stay clean & sober. An old-timer named Bruce once said, "Don't let this one day at a time crap fool you - we're talking about the rest of your God damned lives!"  Yes. One day at a time, I am committed to self care rather than self harm, solutions rather than problems.  And then the letting go. Do I let go and then learn to trust, or trust and then let go? Maybe they are one and the same. I have learned to trust that the world runs just fine on its own, that if I stay out of my own way, circumstances generally work out for the better. From that experience comes the letting go - of outcomes, of my plans and designs, of my attempts at control.

At the beginning, and well into the middle years, letting go and trust were at the end of a long list of not-so-functional coping skills: drink lots of coffee, talk to 20 different people, don't think about the issue, or think about nothing else, write pros & cons lists, pray for my will to be done and pronto. Age, and years in recovery have worn me down to a more peaceful outlook, like a jagged rock made smooth by time and the elements.  Nearly everything I've ever been afraid of has already happened to me, so relax already!

Letting go is a practice. Trust is a spiritual discipline. When I feel that familiar internal clench, when I realize that I am holding on too tight to an idea or a plan, I can take a breath. I can meditate. I can talk with a trusted other. I can put pen to paper. I can pray for knowledge of God's will for me and the power to carry that out.

I'm finding that the de-cluttering taking place in our household is the physical manifestation of the de-cluttering that is taking place in my soul. What do I want to take with me on the next phase of my development? What am I finally willing to let go of?  I'm finding myself less inclined to hang on to old ideas as I more seriously realize that my time on this plane is finite. Whether it is old written inventories, dishes I haven't used in years, or the still whispering notion that I'm not enough, it is time to let go, to lighten my load - one day at a time, for the rest of my g.d. life.
Posted by Sober Long Time at 4:58 PM 2 comments: Links to this post

In 1988, I was the Program Chair for the now defunct Columbia River Young People's Round-up, responsible for choosing speakers for that year's conference.  On Saturday night, I sat on the dais with my friends Jay and Barbara, as we introduced Sean A, from Vancouver, BC. He carried a strong message of recovery that impressed we newcomers especially. Here was a man who was funny and handsome and talked about living a rich and full life while sober.

Last weekend, Sean A spoke from the podium at the Summerfest conference in Eugene. He sat, rather than stood, and opened his talk by sharing that he had been diagnosed with terminal cancer. He talked about how his relationship to Step 3, where we are asked to decide to turn our will and our lives over to Higher Power, had changed. I did not have the sense that this was a foxhole conversion, but more a continuation of a long relationship.

What does it mean to have a continuing relationship with God? What does it mean today that it may not have meant when I was newly sober? Back then, my relationship with Higher Power was like falling in love, an infatuation really. It was new and exciting, and I wondered what God had in store for me next. Over time, it settled into a more comfortable knowing, which is not to say that there haven't been moments (weeks, months) of doubt, of anger, of questioning.

So often I hear people share their struggles about God - to believe or not believe, to trust or not trust. The founders of AA were brilliant in their insistence that the 12 steps refer to a God of our own understanding, each to his or her own concept or lack thereof.  I am very fortunate in that I was raised with the idea of a loving and caring God. What was missing was the sense of a personal relationship,which I was challenged to define as I moved forward in recovery. And define I tried to do, until I realized that I was trying to put God in a very small box.

In "Yearnings," Rabbi Irwin Kula notes that "the word God so often trips us up," from the notion of an Almighty in the sky who keeps score, perhaps the God within, or maybe none at all. He goes on to say that our image(s) of God "become stultifying if we don't allow them to change and grow as we do." According to his studies, the graven images forbidden by the 2nd Commandment also refer to our ideas of Creator, to the places we get stuck in our limited definitions.

I am saddened by Sean A's illness, yet I am inspired by his example of service, of showing the way with grace and dignity. I reflect on what he shared about letting go. And what greater challenge of surrender than when one is staring death in the face?  I think about my own relationship with God and how that has shifted over the years, from the Santa Claus god of early recovery to the close companion who held me as I walked with my mother on her end-of-life journey, to the comforting presence I sense today.  I learn from others, both in program and not. When I am moved by a share, by a passage read, by the experience of a sunrise, that becomes a part of the God within - the still small voice. Someone once told me that if I could understand the Higher Power, I wouldn't need it. Amen to that. Today I don't have to try to figure it out.

God speed, Sean A. Safe travels, where ever this journey leads.
Posted by Sober Long Time at 5:25 PM No comments: Links to this post

I just spent a week in northern New Mexico - beautiful country of high desert, mountains, and the Rio Grande.  And, I felt a real sense of homecoming when I returned to sea-level and our moist northwest climate.  This is my home. My sense of place and belonging is deeply connected to our mossy sidewalks and the sound of  rain on the roof when I sleep.  Even as a kid, when our family moved from the high desert of central Oregon (though not so high as Taos!), I felt a spiritual exhale in crossing the mountain to the Willamette Valley. This is where I belong.

I had that sense of almost immediate belonging the first time I sat down in a 12 step meeting. I'm not saying that I was comfortable, but I knew that these were my people - that I'd found my home.  As we hear so many say, I'd always felt like I didn't quite belong - like something was lacking in me that would let me be comfortable with others. I was initially astounded to see burly guys cry, and hear elderly ladies share incredible strength.  I was relieved to hear people talking about how I felt inside, but didn't have words for.  The walls that I'd allowed addiction to create in my psyche came tumbling down as I soaked up the language of the heart.

I consider the 12 step rooms my spiritual home.  I have other places that feed my need to connect with Creator, God, Higher Power, but the 12 steps are my base.  I've wandered at times over the last 30 years, but always come home to that connection.  Much like our verdant oasis, here where the Columbia and Willamette rivers meet, the 12 step programs are where I can take a deep breath and know that I am where I need to be. Especially in these difficult and heartbreaking times, I need that refuge.  Where is your spiritual home?
Posted by Sober Long Time at 6:14 PM No comments: Links to this post

On the 4th of July weekend in 1986, I chaired the noon meeting at the "Little Yellow House" in Seaside, Oregon, marking my 6th month of sobriety, which was epic.  6 months?! Amazing!  I chaired on the topic of freedom, focused on "freedom from" - freedom from the shackles of addiction, freedom from driving with one eye always on the rear-view mirror (don't let me get caught), freedom from craving.

As time went on I celebrated"freedom to" - the freedom to explore the world, freedom to push myself just slightly beyond my comfort zone, freedom to learn and to grow into the person I was intended to be - not the "shivering denizen of [King Alcohol's] mad realm," I'd once been (Big Book, p.151).

The gifts are many - I do hope you have time to appreciate yours today and every day.


Posted by Sober Long Time at 8:00 AM 3 comments: Links to this post 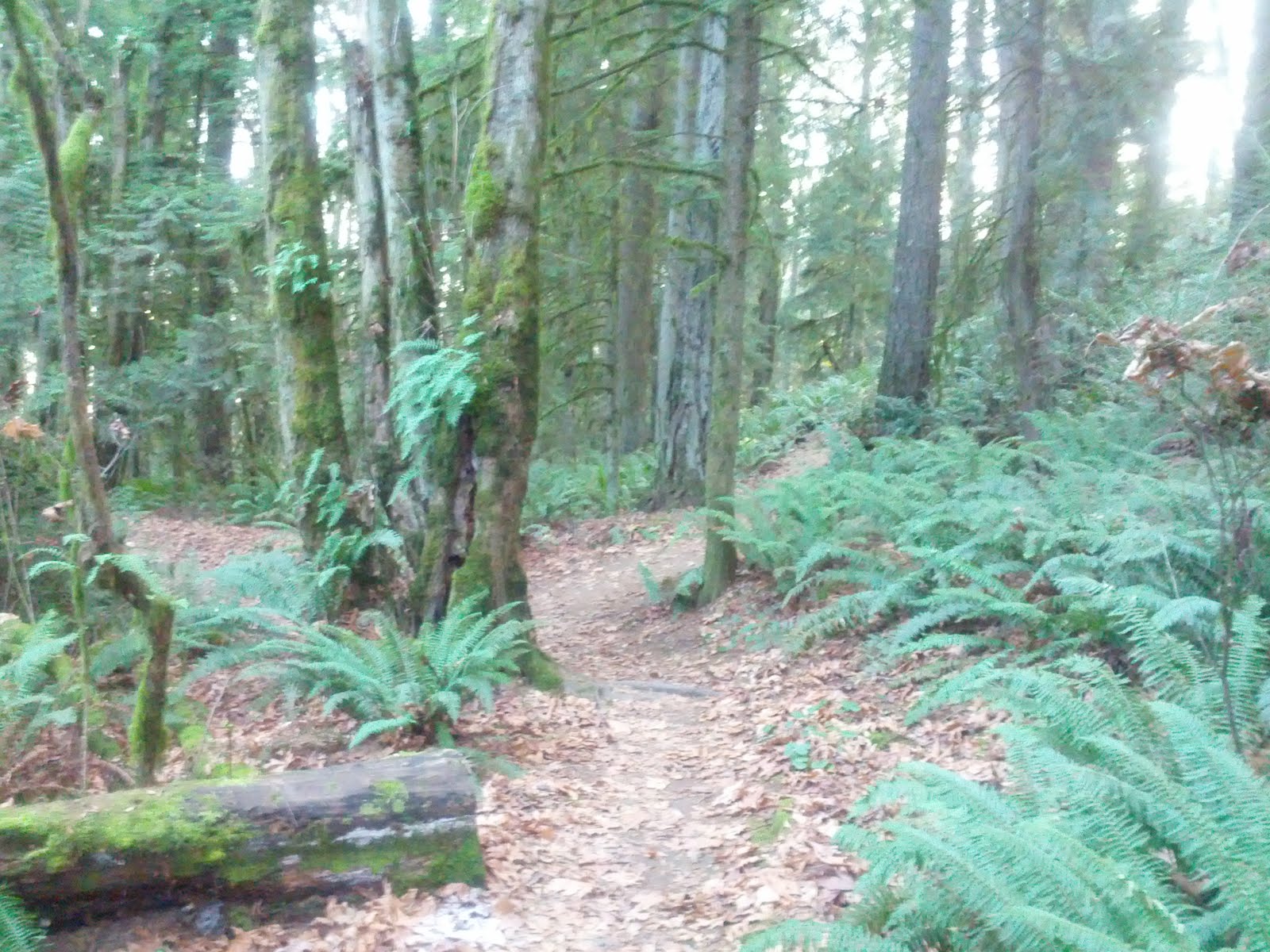